DSM operates on 100% renewable purchased electricity in the Netherlands

Royal DSM, a global science-based company active in health, nutrition, and materials, today announces that from 2018 all its purchased electricity in the Netherlands will come from renewable sources, thanks to an agreement with Dutch energy supplier Eneco. With this milestone, DSM is positioned to outpace its global target of achieving 50% of purchased electricity from renewable sources by 2025. 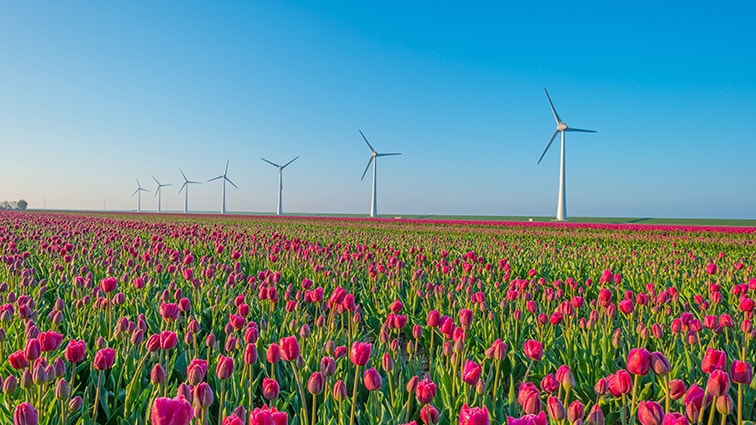 The overarching purchasing agreement with Eneco builds on an existing contract between Eneco and DSM for 2018 and includes the renewable electricity volumes DSM sources from Dutch windparks Krammer and Bouwdokken. Eneco will provide 100% renewable electricity to DSM in the Netherlands for the years 2018 through 2025.

Harry Coorens, Vice President DSM Procurement Sustainability comments; “I’m proud that we managed to source all our purchased electricity for our facilities in the Netherlands from renewable sources in record time. The intrinsic drive for sustainability from all involved led to yet another step to bring about a clean energy society.”

Hans Peters, Chief Customer Officer Eneco; “I’m delighted to forge a strategic partnership with a sustainable frontrunner such as DSM. Through our partnership DSM enables us to expand our investments in new windfarms, thus enabling our ambition to speed up the energy transition.”

This site uses cookies to store information on your computer.